The following case study originated from a recent talk I gave at the CIBC Team Next Forum.

During Maxim Bouchard’s appearance at the Commonwealth Games, his website traffic spiked resulting in over 3,000 visitors that turned into 750 new fans. I've dissected his Medalist website analytics and to turn my discoveries into a full post. Enjoy! 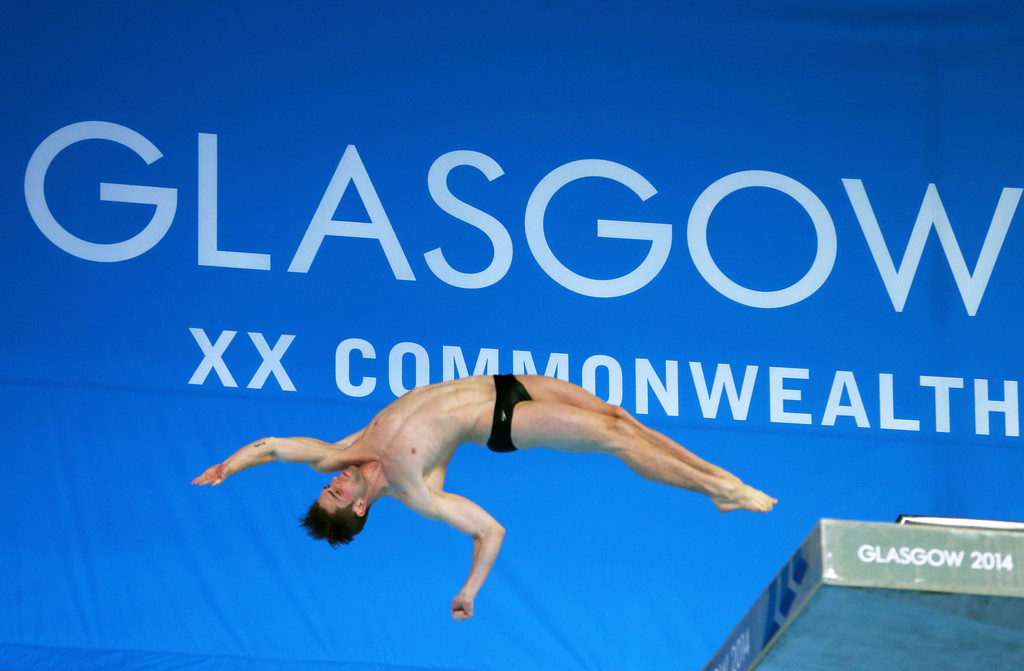 Maxim Bouchard is a Canadian diver with a pretty twisted story. The kind of story that gives you chills but also feeds broadcasters with plenty of content to discuss about when covering diving events.

In a nutshell, he survived a major diving accident. In 2010, the diving platform upon which he was about to perform collapsed leading into a 10 meters drop... beside the pool... on the concrete.

The result wasn't pretty: broken wrist and arm, deep cuts on back and legs, split opened head and a paralyzed hand.

After regaining the use of his hand, he attempted a return to diving in late 2011 and made his way back on the National Team in 2013.

As I said, this story is gravy for presenters and is a sucker to drive curiosity amongst the viewership.

The question is how many actually looked him up on the web in the event that they would hear about his story?

The traffic surge in the graph above is the result of Maxim's live appearance on national television, in multiple countries, during the Commonwealth Games held in Glasgow earlier this year.

Over the course of the two competition days, over 3,000 people visited his website upon hearing about his story.

Indeed, after taking a look at the keywords used to find Maxim's website on search engine, it was clear that his story sparked the viewership. So much that the top keywords after 'Maxim Bouchard' were any combinations of 'Maxim Bouchard injury' and 'Maxim Bouchard accident'.

Which brings in the hypothesis of the 'second screen'. Did viewers look him up on the web from another device while watching him dive on TV?

With 75% of the visits originating from mobile devices and tablets, it makes a solid case for the scenario where people indeed grabbed their tablet or phone while watching the TV coverage of the event.

Make it fit. If you're going to get thousands of potential new fans thrown at you, ensure the usability of your website on their device of choice. (ie.: If your website isn't as brilliant on a tiny screen as it is on a 27 inch monitor, you're screwed. Make it responsive!) 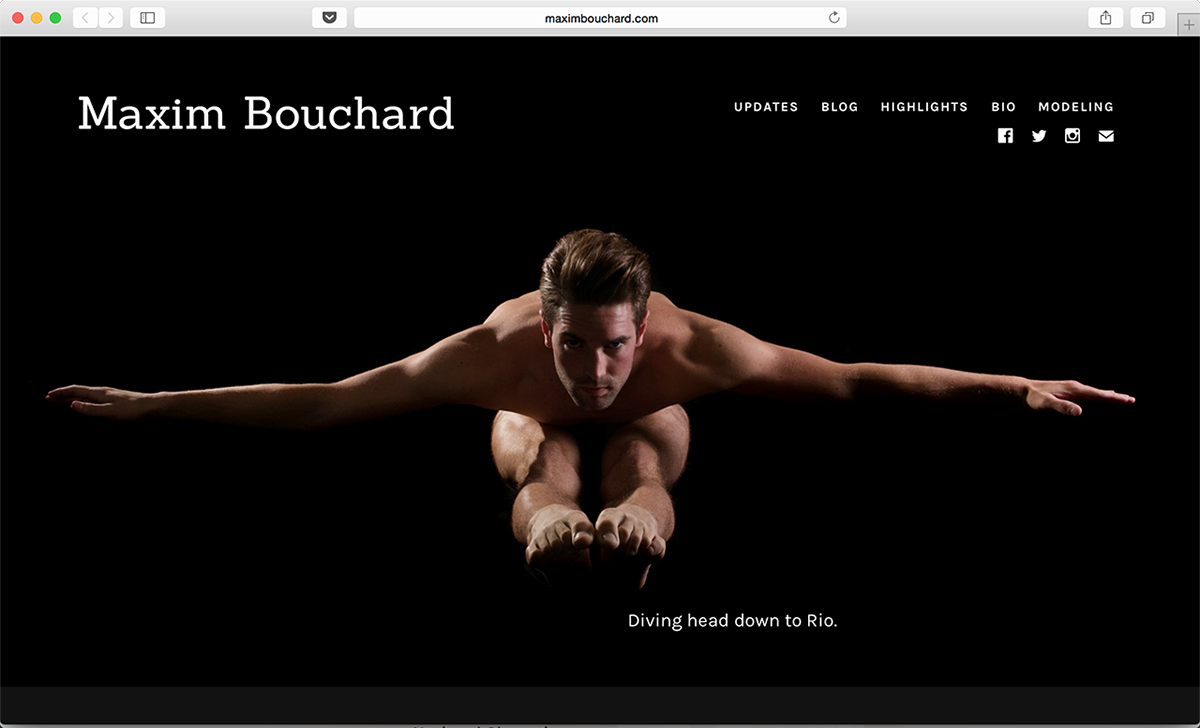 On that very first page load resides the power to 'wow' your visitors. Don't miss it. Maxim surely didn't.

There are many ways to make an impression with one of the most effective being the use of breathtaking visuals. Find a look and feel that reflects your personality and that you are comfortable with.

Make it stick. The package is as important as your content. (ie.: design matters!).

Setting up the mousetrap

Now that you have your newly found audience's full attention and peaked their interest, it's time to onboard them and turn them into fans.

With Medalist websites, for example, we create an immersive experience for the visitors by exposing them to the athlete's social content, essentially dropping them into the athlete's career and lifestyle timeline.

Don't forget the cheese. A mousetrap without bait won't do much wonders for you. Keep your site stacked with highly engaging and addictive content. If you haven't started to journal your athlete lifestyle through social media yet, get started now.

In the end, you only have a couple seconds to stir up the visitors intent and make it worthwhile to become a fan. Moreover, you want the visitor to take an action before they leave your website.

In Maxim's case, thanks to a killer website, he manage a 25% conversion rate during that traffic frenzy.

Bottom line: 750 new fans while throwing himself from a 10 meter platform, not bad Maxim... not bad!